Cruise holidays have been steadily growing in popularity for decades. Not even James Cameron’s 1997 cinematic recreation of the sinking Titanic dented consumers’ appetite to see the world from the deck of a cruise ship. In fact, this year alone, 27.2 million passengers are expected to take to the seas on a cruise holiday, up from 25.8 million in 2017, according to the CLIA.

The cruise industry is also bucking trends and challenging negative connotations by attracting an increasingly younger customer base. The average age of passengers is down from 56 in 2002 to around 46 years old, according the latest industry forecast from the CLIA.

The growing demand for cruise holidays, among people of all ages, has been sustained by the both the improvement in the comfort and facilities provided on cruise liners, as well as the growing variety of choice provided to seasoned cruisers. The growth of the cruise liner has rapidly accelerated over the past two decades. In 1999, MS Voyager of the Seas, operated by Royal Caribbean International, set off on its maiden voyage at the largest cruise liner in the world, boasting a gross tonnage of 137,236 and amenities such as the obligatory casino, a wedding chapel and FlowRider surf simulator.

Fast forward to the year 2018 and MS Symphony of the Seas - an Oasis-class cruise ship operated by Royal Caribbean International - is carving up the ocean’s waves with a gross tonnage of 228,081 and the capacity to hold 6,680 passengers, as well as 2,200 staff. This behemoth houses an ice-rink, a 43-foot rock climbing wall and a ‘central park’ that contains over 20,000 tropical plants.

The economic impact of the cruise industry echoes the vastness of the ships. In 2016, the industry employed an estimated 1,021,681 people and created a total economic output global output of €103 billion.

With these trends showing no sign of tapering off, it’s no surprise that port terminals are climbing over one another to accommodate the ocean’s gigantic liners. However, not all ports will be able to do so, as cruise ship terminals require the specific factors of being close by to popular routes, as well as nearby international airports for onwards travel. This narrows down the scope of viable cruise terminals and makes some locations more attractive than others, such as Cyprus.

The island of Cyprus is the third largest island in the Mediterranean Sea, (both in terms of area and population) and it is located in the eastern part of the Mediterranean(north of Egypt and west of Lebanon and Israel).

The island’s geographical location, it’s ample pool of labour and the two international airports it boasts give it a particular fecundity for becoming a successful cruise liner one-stop shop.

On the southern fringe of Cyprus, grazing the warm waters of the Mediterranean, lies the ancient city of Limassol, where DP World have a 25-year concession to exclusively operate the multi-purpose terminal. DP World Limassol is designed to accommodate the largest operating cruise vessels with a tide-free draft of up to 11 meters and three 400-meter berths that can accommodate multiple cruise vessels. As one of the three terminals that DP World operates globally that can accommodate cruise vessels, DP World Limassol is able to welcome cruise passengers leaving the Suez Canal and entering the Mediterranean, as well as offering onward travel via its international airports and providing local adventure with copious tourist activities on the island itself.

According to the OTIE, the impacts of cruise terminals on Mediterranean islands are slightly differentiated from that of mainland destinations. For example, islands’ organizational and economic structure tend to be emphasised by the prevalence of small enterprises. The regular and predictable flows of tourists provided by some cruise liners at ports, such as DP World Limassol, typically benefits those involved in these businesses most. Moreover, the cruise terminal can also be utilised as a venue space, even while cruise ships are berthing, drawing both local and foreign visitors, and emphasising DP World’s ongoing commitment to local communities throughout the world.

Mediterranean destinations are leading the worldwide growth of cruise holidays, recording extraordinary results with 8% more international arrivals than in 2016. The aforementioned CLIA report projects stronger growth for the cruise industry in 2018, with 27.2 million passengers expected to go on a cruise to in 2018. Limassol will be at the center of this growth, offering cruise ships and their passengers a stellar service.

With the demand for cruise holidays only going in one direction, and technological advances making bigger ships both possible and economically viable, port operations need to better understand the implications of accommodating ocean liners. For those operators who have the capacity to accommodate cruise liners, as well as access to increasingly popular cruise routes, the potential is as immense as the ships. 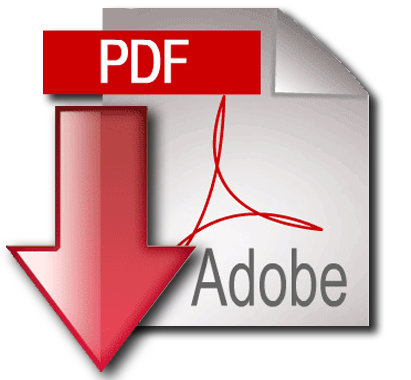